The Christian Science Monitor reported that the Stanford Marching Band is on the verge of extinction or, at minimum a lengthy suspension. The irreverent Stanford University band suffers from a ‘systematic cultural problem’ says the University – but students and alums say it’s another example of the University gutting fun traditions.

Ever since it cast off its traditional band uniforms for cardinal blazers and crazy hats and ties in the 1960s, the Leland Stanford Junior University Marching Band has been known for its carefree, independent, irreverent performances. 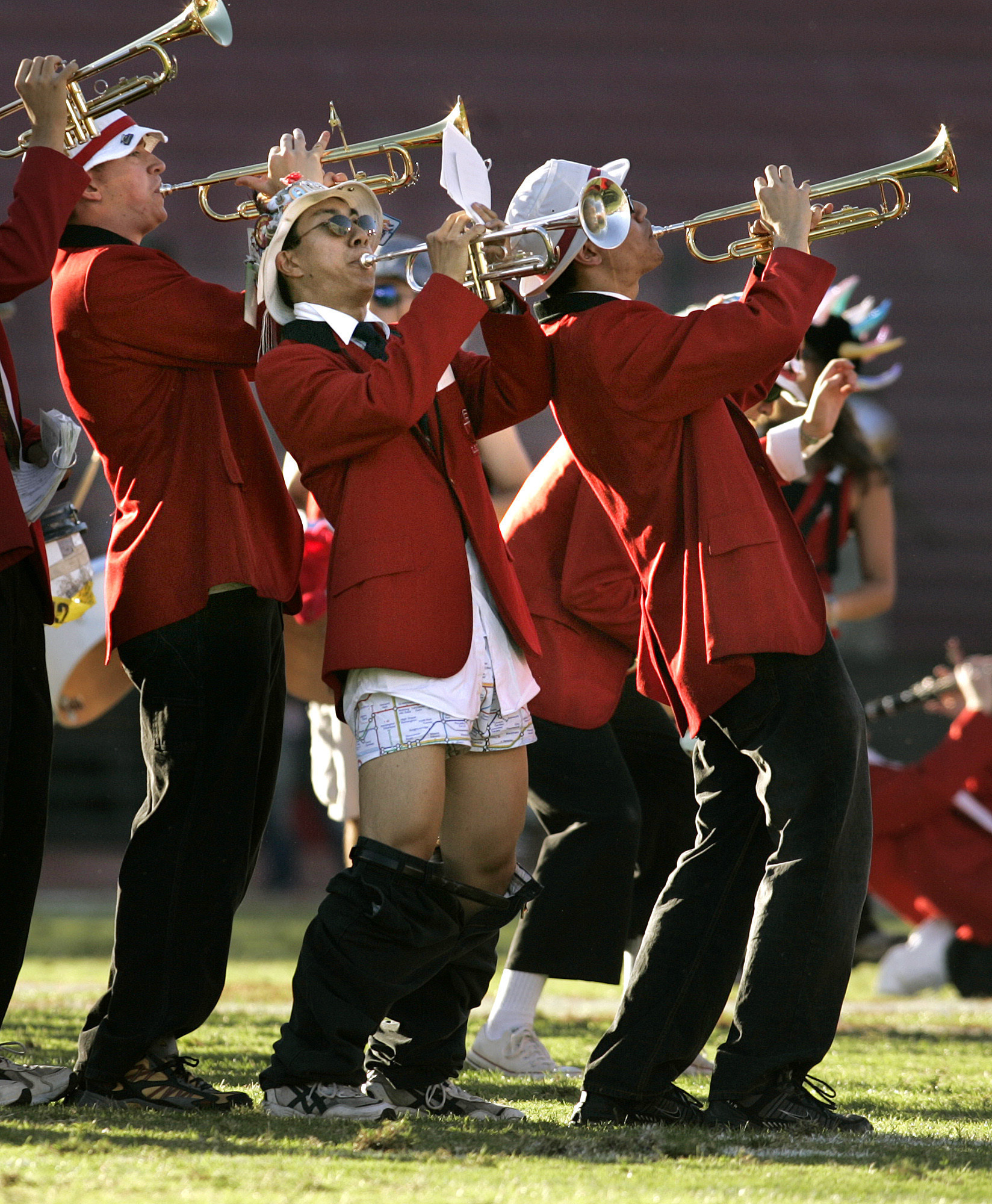 The Stanford University administration points to a “systematic cultural problem” that has “not been taken seriously by the band or leadership” since it was found in violation of university rules on alcohol, controlled substances, hazing, and sexual harassment in the spring of 2015.

The university announced in a letter Friday it has temporarily banned the group until the end of next school year and plans to hire a professional music director (think ‘hallway monitor’) who “retains final control” of the band.

Students and alums argue that instead of finding a ‘middle ground’ for the band, the university is destroying a campus icon. Said one student editorial board, “…we find it concerning that the university has chosen to ignore…(the band members) rather than engage with students and share actual progress made in reforming its procedures and policies regarding sexual assault (‘assault’ is a University label based on alcohol consumption and edgy performances which could potentially lead to assaults – none have been reported to-date).

The board recommended the band be suspended for at least two years. Vice Provost for Student Affairs Greg Boardman agreed with the board’s conclusion, but worried a two-year suspension would “effectively end all aspects of the band” because it would be unable to recover.

The band has been suspended before. In 1986, it was barred for performing in two football games when, among several “lewd” acts, band members urinated on the field after a game.

Stanford University has rolled out a number of general student body guidelines over the last few years. The most talked about new rule limits possession of hard alcohol to bottles smaller than 750 milliliters (25.3 ounces for the metrically challenged) and bans liquor from undergraduate parties.

But many students see Stanford’s band recommendations as an attempt to burnish its image at the expense of good old college fun.

16 thoughts on “Stanford Band Strikes a Sour Note for Administrators”